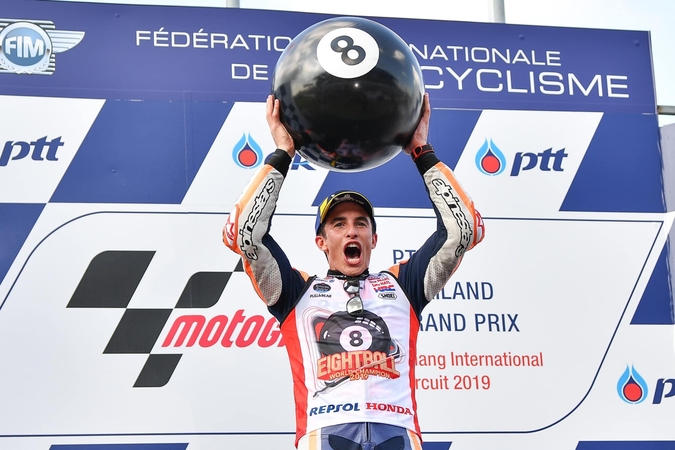 Marc Marquez holds a giant billiard ball to celebrate his eighth World Championship title.
By MotoGP
587 Viewed
The Frenchman took it down to the last lap once again, but Marquez plays his cards to perfection to win the race and title number eight

Marc Marquez (Repsol Honda Team) was crowned an eight-time World Champion as he took victory in the PTT Thailand Grand Prix, but it was far from easy going as rookie sensation Fabio Quartararo (Petronas Yamaha SRT) once again took the reigning Champion to the wire on race day. The two were locked together on each and every lap, with the final corner deciding it all as Quartararo hit attack mode and dived up the inside, but Marquez kept the better of him. Behind…